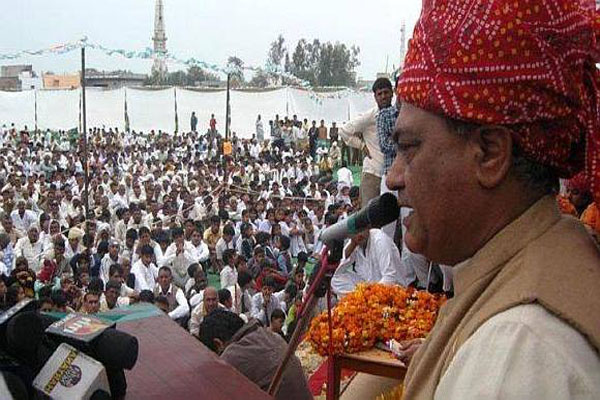 Have you ever thought of Haryana being urbanized and modernized to an extent where people look up to the state with a dream to settle there?

If no, it is time to run your imaginations as Shri Venod Sharma is back in

action to make Haryana one of the most developed states of the country.

In the past as well, Venod Sharma has always stood up for the development of Haryana and once again, he is all set to offer a new look to the state which is currently considered as rural and raw.

Apart from taking a note of the basic necessities of the people of Haryana, Shri Venod Sharma ji is also aiming to revamp the current scenario of Haryana in terms of infrastructure and employment.

Understanding the need of industrialization in Haryana, Venod Sharma who has been working for the needs and cause of the people for decades now is now working his blood and sweat out to bring the desired change and make Haryana a state of ‘New era’.

His dedication and sincerity in work has not been hidden from anyone anywhere as besides the political career, Venod Sharma has also been actively involved in the social work as well including several sectors of women empowerment, education, employment etc.

Not only during his tenure as the political leader, even before and after that, it is quite evident how Venod Sharma Sir has been working towards the concerns and needs of the people.

It would be no wrong to say, that when people such as Venod Sharma ji exists, there is nothing that can be called as ‘Impossible’.