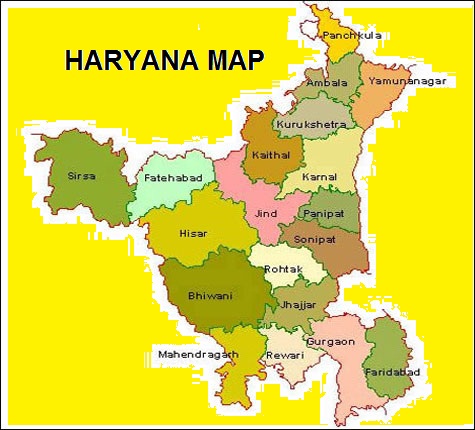 In the Industrial map of the Country, Haryana has an important place. Haryana state is known for its strong industrial landscape. It is an important tourist destination as well.

The political map of Haryana is also abuzz with the upcoming elections. The state has 10 constituencies of the Lok Sabha, while there are 90 seats in the assembly.

The tourism map of Haryana has a lot to offer. There are places like Kurukshetra, Jyotisar, Thaneshwar, Pehowa and Panchkula which has rich history.

The administrative map of Haryana comprises of 21 districts and three divisions of police range.

The health care map of Haryana is not satisfactory. Availability of health-care facilities has been a key issue in Haryana. Lot of efforts are required to improve the health services in Haryana. The National Rural Health Mission Haryana is short of officers.

On the Transportation map of Haryana, Haryana Roadways plays an important role in intra-state transportation. It plays a major role in providing connectivity with the neighboring states. It runs very good quality deluxe buses to provide connectivity.