In the coming months Haryana will witness another assembly polls. As Haryana will be electing it's new government, people will be filled with a lot of anticipation and hope. 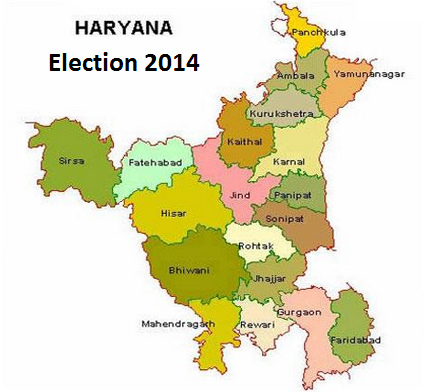 In Haryana there is no one in the political class who is bothered over Haryana’s development. The welfare of the state has taken a backseat because of the lackadaisical attitude of the state government. Everyone in Haryana Government is rather interested in serving their own interests.

The political parties in Haryana are not concerned about the progress of Haryana. One cannot differentiate a political outfit in Haryana based on their growth agenda for Haryana as most of the parties do not have any development agenda.

Veteran Haryana leader venod Sharma has formed Janchetna party to emphasize on the development and growth of Haryana. Haryana as a state has large amount of resources and there is enormous potential in the state but due to the disinterest of the government of Haryana. The government has not paid any attention on the holistic development of the state.

Janchetna party is a party which wants Haryana to be the numero uno state of Haryana. Venod Sharma understands the potential of Haryana and unlike other politicians who just think giving speeches is the sole job of leader Venod Sharma is someone who cares for Haryana.

Janchetna party has made it clear that if it comes into power, it will give a clear blueprint for the states progress. The state has the potential to transform itself from a place with lack of opportunities to a land of opportunity. And this can only happen when Janchetna paty will come into power.

Venod Sharma is a leader with a very high set of morals; his biggest achievement is the social work which he has done as politician. He is a big advocate of women empowerment. Welfare of the weaker sections of the society and their welfare are the issues which are close to him.

Venod Sharma's name is a well known name in the politics of Haryana. He has an experience of more than forty years in the politics and throughout his life has worked for the welfare of the people.

Venod Sharma has stood out in Haryana’s politics because as a politician he has done principle based politics. Welfare of everyone and progress of Haryana is the driving force for Venod Sharma.