Venod Sharma courts arrest over the issue of SSC interviews, comes out in the full support of aided teachers 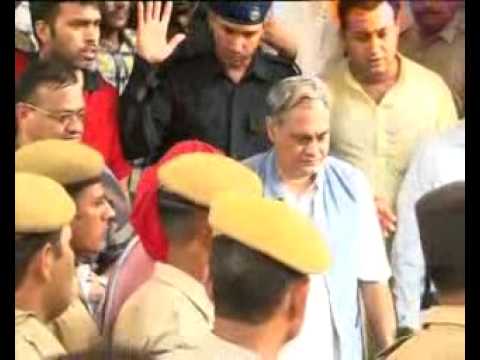 The other major problem that Haryana is witnessing today is that of massive corruption in government jobs. The government jobs in Haryana are infested with corruption and Venod Sharma has raised his voice against this injustice.

One major reason for the prevailing job problem in Haryana is a complete lack of programmes for the skill development. It is only Venod Sharma who understands this problem and has promised the youth that if he comes into power he will try to salvage the youth out of this tough situation.

The interview process in government jobs of Haryana is full of corruption and nepotism which is leading to frustration among the youths of the state. The deserving candidates are not getting jobs while those with recommendations are getting jobs.

It is Venod Sharma who has raised his voice against this prevailing practice of nepotism and favoritism. Recently Venod Sharma along with his supporters laid siege on the SSC (staff selection commission) Haryana.

Venod Sharma supports the cause of aided teachers:

Venod Sharma has expressed his full support to the aided school teachers and aided computer teachers of Haryana.These aided teachers are not getting their salaries from government for the last few months.

Venod Sharma joined the protesting teachers at Jantar Mantar and said that janchetna party is behind these teachers. He criticized the government for not addressing the problems of the aided school teachers and aided computer teachers of Haryana. 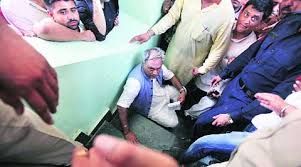 Venod Sharma has held the state government responsible for not acting on the problems of these aided teachers.