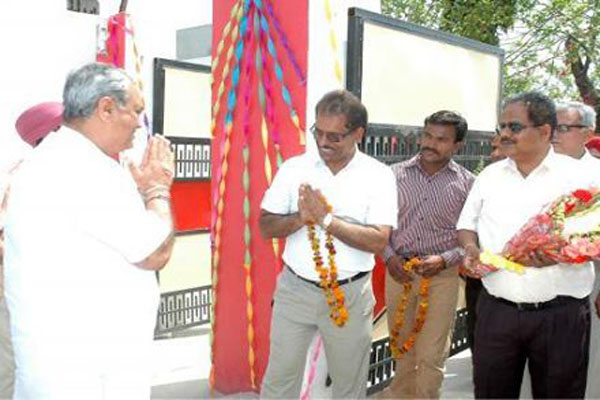 Wonder how beautiful Haryana can turn if every district of the state turns into the ‘New Gurgaon’? But do you feel it is an impossible task? Think no more, as the time does not seem to be too far, when every district of Haryana state will be as ‘modern’, ‘urban’ and ‘tech-savvy’ as the ‘Millennium City’ (Gurgaon).

With each passing day, the dream of social worker and politician, who has never played politically, Venod Sharma, is getting deeper and stronger. The dream which seemed impossible to many! The dream which will change the life of the population of Haryana! The dream to make Haryana a better place to not only survive but dwell in! The dream which is soon to come true!

Yes, it comes as no surprise that Venod Sharma has been actively involved in several social causes in the past as well. But now, Venod Ji aims at something big.

Not only he intends to take care of the basic necessities of his people, but Venod Sharma now aims to deliver every possible facility to the people of Haryana and ensure that they are not deprived of anything.

The initiative to open up Lok Seva Panchayat offices in different regions which will cater to the everyday concerns of the people is one such example that exhibits the pure and clear intentions of Shri Venod Sharma.

While he initially began with women empowerment, Venod Sharma now takes it at a larger level and promises to fulfill every dream of each one and work towards the welfare of Haryana.

Well, with such great leaders coming forward to help the people, all we can say is that, great going Venod Sharma Sir! It would not be wrong to say that as Gurgaon is called the “Millennium City’, with you lending your hand forward, Haryana will too be tagged as a ‘Millennium State’ in the near future.